Book of the Week 11th May 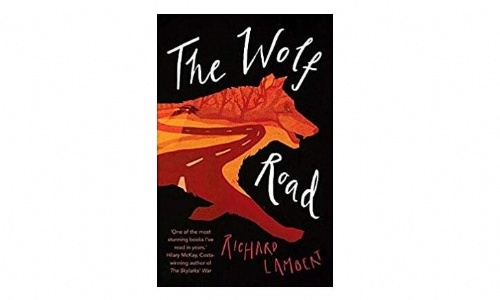 Fifteen-year-old Lucas’s life unravels when he discovers his parents were killed in a car crash caused by a dog. In an instant “the world didn’t make sense”, and now he must live with his nan, an “odd woman in purple DMs” (and socially-conscious solicitor) he’s only met twice in his life. Despite his angry protests, Lucas has no choice but to move to Nan’s cottage in the Lake District, certain the offending dog was, in fact, a wolf. It’s not long before wolves infiltrate all aspects of his life - at school he reads The Call of the Wild (a book “about a dog that really wants to be a wolf”). Local TV news reports on a local farmer who believes his livestock is being killed by a wild wolf. And then lupine menace encroaches on Lucas’s reality when he hears and glimpses what must be the wolf. As he wonders whether it’s coming for him, to “finish off the family after Mum and Dad,” he confronts his wildest pains in the wilds of the mountains.